Your One Stop Shop

From Design and Development to Tech Support and Hosting.
Enterprise and Web, Mobile and Embedded Systems - We’ve got you covered!

Back to our works

Right&Above software development services were recommended to us by colleagues in the FinTech industry. As a founder of a company, I know first hand what a dependable vendor means for business, and can vouch for Right&Above.

Right&Above team provides high quality continuous delivery, clear and effective communication, technology stack flexibility, and quick team buildup and scaling. They carefully listen and identify the client needs, and develop a timely solution to meet those needs. They use their technical expertise to advise on available options, and advantages and disadvantages of specific tools, methods and solutions.

We have greatly benefited from our relationship from Right&Above to implement a financial investing platform. Right&Above is a trusted technology partner who is part of our success.

We have been working with Right&Above since late 2016. Our experience with them has been exceptional.

At first, I was not convinced that an international development company will meet the demands of our elaborate software platform, or completely understand the scope of our industry. However, not only we are happy but can unequivocally say we could not have accomplished our goals, objective, and develop such an comprehensive product with any other company. Right&Above have quickly and efficiently understood our requirement, our industry and the scope of the platform. Their designers and developers are first rate. They are able to scale the numbers of developers to meet the demands and deadlines of our needs. They are truly a partner that is always there and care not just about their work but also about our company and entire operation. When I demonstrate the product to industry leaders and colleagues in other industries, they are amazed at how fast we developed the platform and more amazed when we describe the budget to accomplish this magnificent work. Our relationship with Right&Above will continue for years to come, and with complete confidence I recommend them.

Our website www.commlinkav.com needed a unique design, something special which could help us to stand out from the competitors. We are proud of our high level of customer service and we always expect the same attitude to ourselves. Right&Above stands up to its slogan – the work was really done Right&Above our Expectations!

Working with Right&Above was one of the best choices we have made as a company. Right&Above played a vital part in moving our business forward by creating the vision we had for our innovative healthcare software. They worked efficiently and always kept in contact about the project status. Their work was extremely impressive and far exceeded our expectations. They were able to create a visually impressive, user friendly software which can now be used by healthcare providers all over the world. The feedback from our users has been incredibly positive. We are very grateful for the fantastic job they did. We will, without hesitation, use Right&Above again for all of our software engineering and graphic design needs in the future.

MRAG Americas, Inc. had a very unique app project.  Right&Above came highly recommended for this project by colleagues in the IT industry.  Right&Above accepted the project’s challenges confidently without hesitation.  They clearly outlined the scope and expected outcomes of building an app that would deliver reports to MRAG Americas, Inc. from anywhere anytime.  The results from Right&Above were exceptional, timely, professionally designed and created, and fully executed to complete satisfaction.  The open lines of communication made the project go smoothly and helped the debug phase immensely, as Right&Above found solutions that matched MRAG’s needs.  It is a pleasure doing business with Right&Above.

Working together with the Right&Above team is an excellent experience. They have successfully executed more actionable development strategies than most people have even started to think about. Right&Above has developed for us in a number of areas: hardware, embedded systems, firmware, server-side software and client front-end applications. They approached every challenge with a brilliant attitude and returned with a trustworthy advice on how to handle tasks impossible for others. The team is very competent in a great number of fields, engaging with R&D talent in the forefront of information technology. Without hesitation, I am recommending Right&Above for any project that requires the very best in development when the key to success is to do end-to-end development under the same roof.

Right&Above team really impressed us with an exceptional ability to cater to all our technology needs. Whether it is hardware and software development, website creation or hosting and IT support, they timely provide everything we ask for. Using the right innovative technologies they’ve made our biggest, boldest idea come true – deliver a solution that helps our clients live a better, healthier life. Baeta Corporation also greatly respects Right&Above management capabilities for promptly communicating every status along the way. We believe that future lies in close cooperation of technology and mankind. Thanks to Right&Above, our vision made a difference in the healthcare industry.

Right&Above was a great pleasure to work with. Their staff was knowledgable and professional, committed to the project and timeline, dedicated to providing best service possible. We are very pleased with the overall effort Right&Above has put forth, as well as the final result! They have delivered exactly what we needed and more! 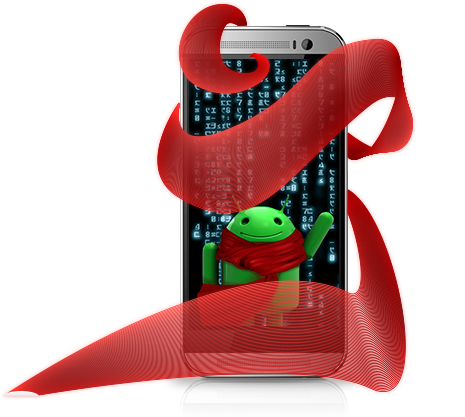 The main requirement for this project was to create a secure environment for working with Android applications. However, in the process of development we faced a number of challenges that needed to be overcome:

To deal with the challenges, we first conducted a thorough research and implemented a series of approaches. As a result, control over the necessary application was attained by:

Furthermore, using certain peculiarities of the OS, we provided security when working with some of the most commonly used applications. We ensured that when using these applications, the data ended up in a secure group. This secure group involved the exchange of different data as I/O files, network communications and other IPC in encrypted form and only within this particular group. Any application could be added to such group via a web portal and within this group, the applications were able to:

In the end, we managed to implement all the necessary client requirements, customized the product effectively and achieved a high level of user data protection from malicious applications and any unauthorized access.

For us, there are no unexplored technology paths.
We provide a wide range of services including:

From desktop and web, to mobile and tablets, our development team codes with skill.

We understand your needs and keep our finger on the pulse of the latest technologies to make sure every app meets and exceeds your expectations.

Contact us for additional information about the company, our solutions, and more. Feel free to call, send us a fax, drop us an email.

We are excited to hear about your upcoming project. Please fill out our request for proposal form, and we will be in touch shortly.

Thank you for contacting us. We will respond to you as soon as possible.
You can use the menu to navigate our website.

Not Found Sorry, it looks like we couldn't find the page you were looking for.